We only ship to the listed countries. If your country is not among these, discover the international website:

Other Countries
IT EN DE
News

After the success of the limited editions of Tancredi 2016 and 2017, with the 2018 vintage, the entire production of the prestigious red becomes a permanent part of the exclusive range of Dolce&Gabbana and Donnafugata wines, together with the Rosa rosé and the latest prestigious productions of Etna, the white Isolano and the red Cuordilava, to take the colors, aromas, and culture of Sicily out into the world.

Craftsmanship, creativity, excellence, and innovation blend together in the red Tancredi wine, inspired by one of the protagonists of the novel “Il Gattopardo” (The Leopard). The passionate and revolutionary personality of the character is found in the style of the wine of the same name: In fact, the Tancredi wine was born in 1990, from the union, which at that time was innovative, between an international grape variety and a native one, the Cabernet Sauvignon and the Nero d’Avola; a choice of production that has led to the discovery of Sicilian enological excellence at an international level.

Tancredi 2018 has an intense ruby-red color; it seduces for its fruity bouquet of plums and blueberries enriched with delicate hints of spices. In the mouth, its flavor is full and enveloping with a harmonious and long-lasting finish; it is a wine of extraordinary Mediterranean elegance and aging potential. 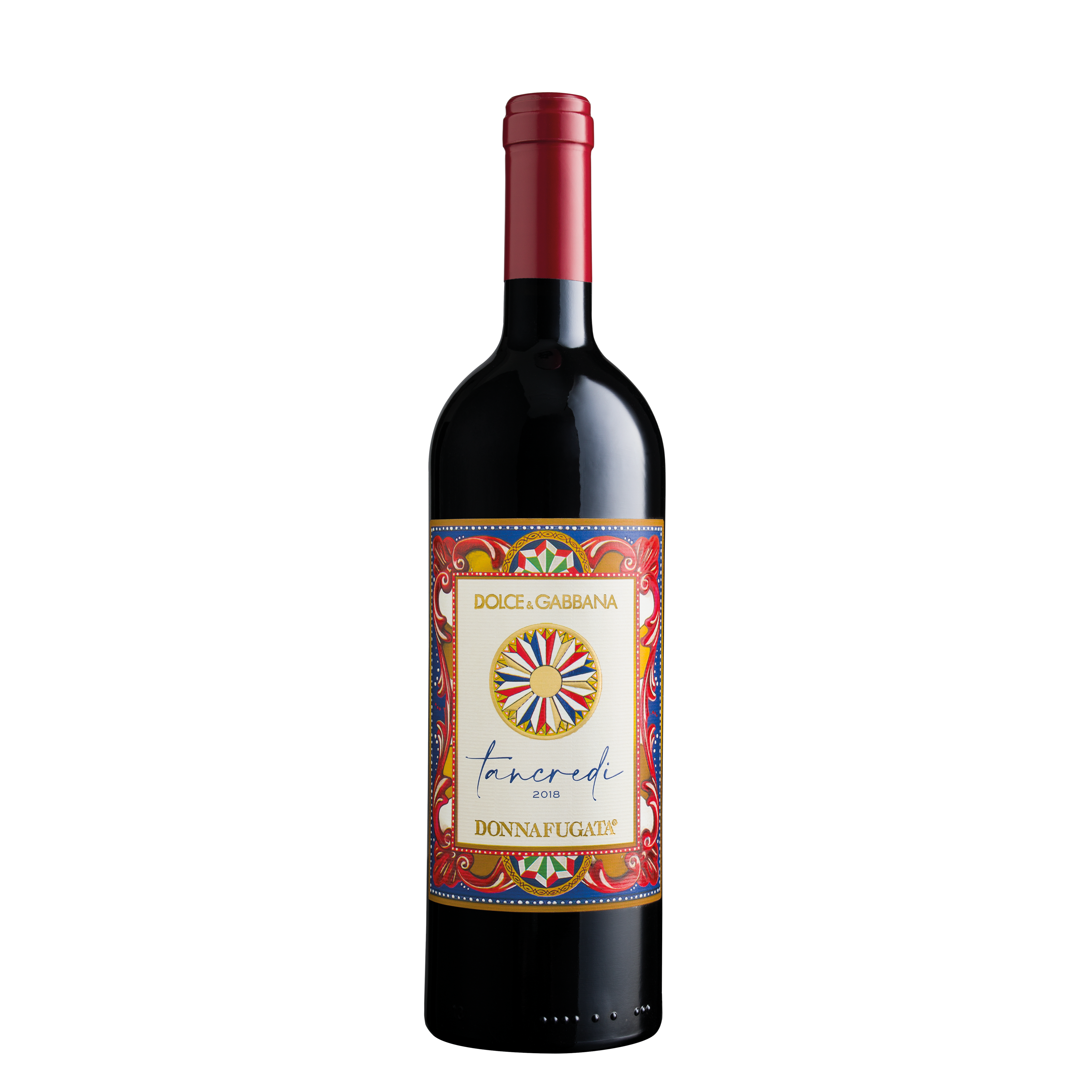 The creativity by Dolce&Gabbana pays homage precisely to “Il Gattopardo” (The Leopard), and in particular to the contrast between tradition and modernity that Tancredi sums up: if gold, blue, and the sinuous lines of baroque inspiration celebrate the glories of the now-declining aristocracy, red, green and the geometric figures refer to the new revolutionary values which had begun to affirm themselves in Sicily after the Unification of Italy and which foreshadowed the contemporary history of the island.

In addition to the classic 750ml format, Tancredi 2018 is also offered in large formats ideal for special occasions and for collectors who want to enjoy it over time: magnum, 3, 6, 12, and 18 liters.

Share article
Did you like this content? Share it with whoever you want.
Sign up to our newsletter
Stay up to date on events, stories and exclusive offers.
Sign up and stay updated
Continue reading ...
Corporate, Sostenibilità
The contribution of Donnafugata to protect the oceans
Events
Donnafugata @ Great Wines Of The World 2023 Miami – James Suckling
Events
Donnafugata @ Premiazione Ais “Guida ai vini di Sicilia 2023”
Back to top
Shipping Policies
Italy: 1-2 days | worldwide: 3-20 days
Return in 14 days
Methods, times and costs
Payment methods
More info
FAQ
Find the answers to the frequently asked questions
Show FAQ
Contacts
What can we help you with?
We will reply to you within 48 hours.
Contact us